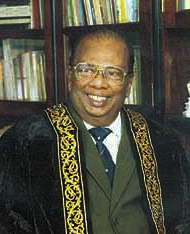 He was graduated as a doctor in 1956 and initially worked for government hospitals of Galle, Colombo, & Karawanella. Later in 1958, he joined the academic staff of the Colombo Medical School as a junior lecturer.

Subsequently, he held the positions of Professor of Forensic Medicine of the University of Colombo, Dean of the Faculty of Medicine before becoming the Vice Chancellor of the Colombo University.

He was educated at Nalanda College Colombo and Mahinda College Galle. During the time he spent as a school boy at Mahinda College, Kodagoda was able to keep an unbreakable record in the A/L bio history of Sri Lanka obtaining 396 marks.